Hugo van Kuyck had a great share in the precise maps of the beaches on which the Allies landed during D-day in 1944. 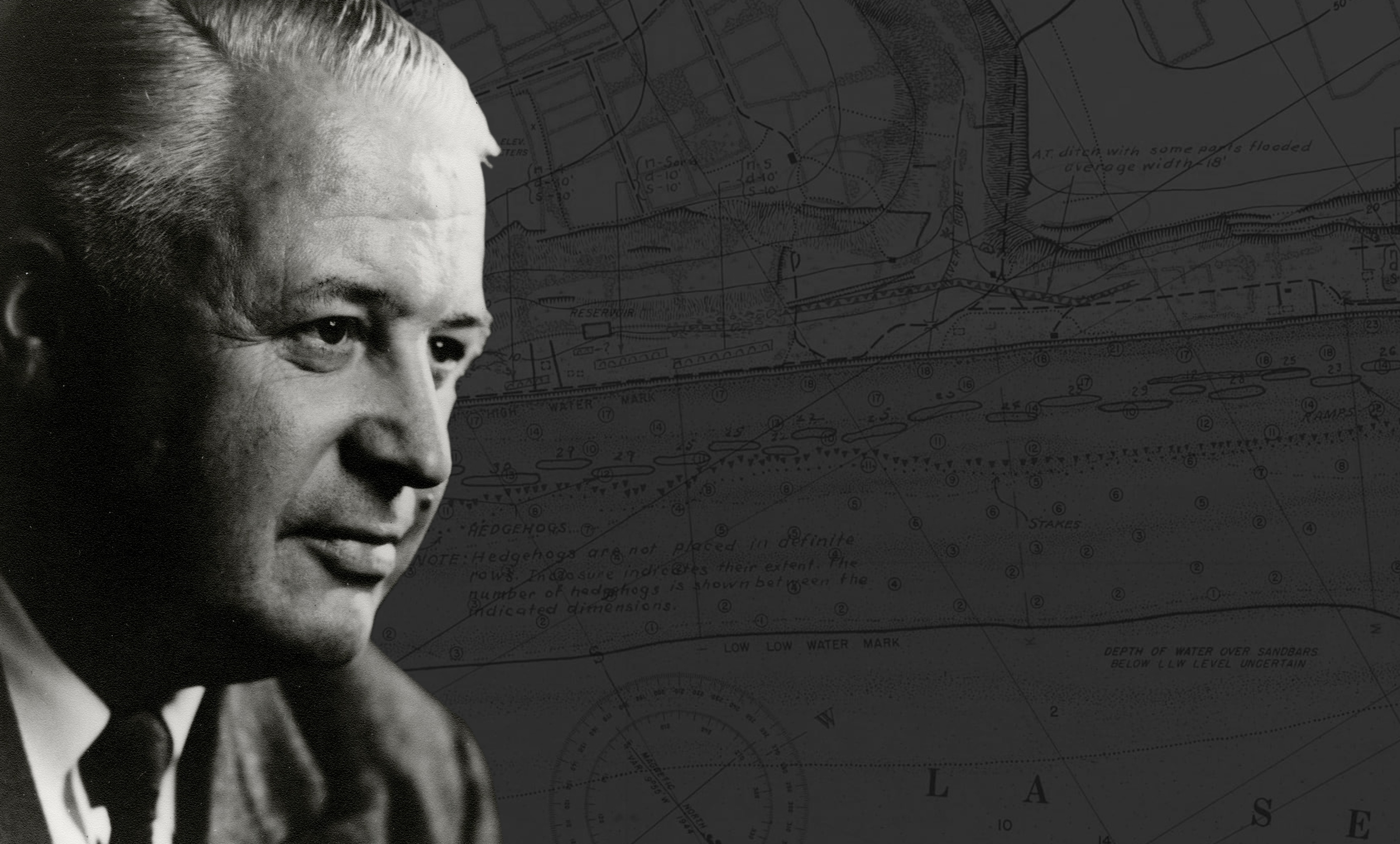 Hugo van Kuyck from Antwerp played an important role in the preparations for the Normandy landings. He had a great share in the precise maps of the beaches where the Allies landed in 1944.

He was not lacking in creativity. Fascinated by the sea, in 1917, at the age of 15, he created his first sailing boat: Zwaluw 1. In addition, in 1937, he obtained a certificate of captain-at-coast and designed the Askoy, a sailing yacht. 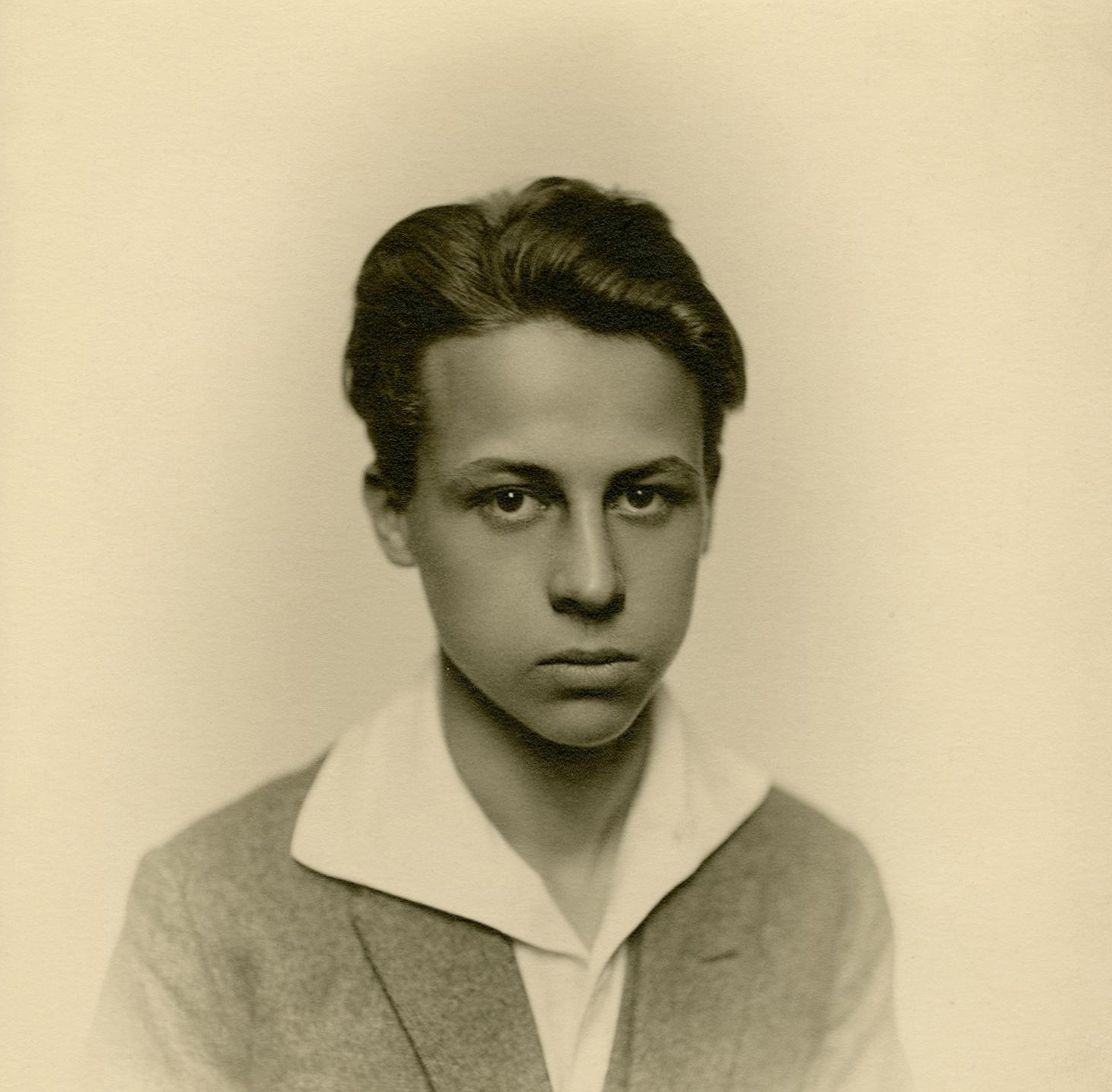 Hugo Van Kuyck in 1921. From a very young age, he has been very enthusiastic about sailing and ships.

Before the war, he taught at Yale University in the United States and gave courses on building techniques at the Massachusetts Institute of Technology. In Belgium, he lectured on urban planning.

Surprised by the arrival of the Germans, he fled first to England and then to the United States, where he joined the American army after the Japanese attack on Pearl Harbor. He became a lieutenant colonel and was transferred in 1943 to the Assault Training Centre in England where General Omar Bradley entrusted him with the mapping of the Normandy coast (Mapping and Aerial Photo Section). 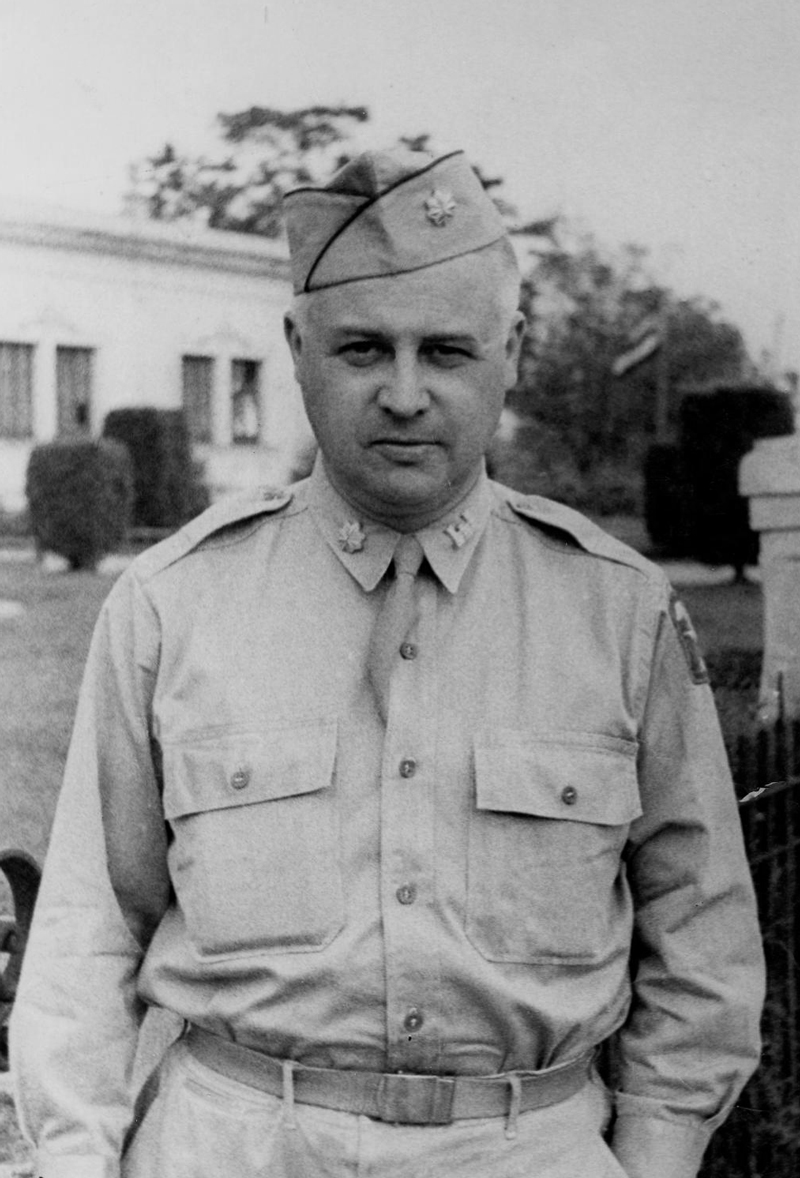 Hugo Van Kuyck as a Major in the US Army.

For months, he flew over occupied Normandy at low altitude and brought back thousands of photographs, which enabled him to study not only the relief of the coastline, but also the currents and the height of the water according to the tides. This work was all the more important because the sea charts of the time were inaccurate in these areas.

Van Kuyck’s observations led him to correct the Allied specialists’ extrapolations regarding predictable water levels according to the tides in June 1944, thus contributing to the success of Operation Overlord. This was something of great importance. Just by landing where the landing craft touched down, the men could gain a few metres. And loaded as they were, they would otherwise drown. The landing at Dieppe, which had ended in disaster in August 1942, had been carried out without maps…

BIGOT was a World War II security classification at the highest security level. Even higher than ‘Top Secret’. BIGOT stood for British Invasion of German Occupied Territory and was chosen by Churchill before America became involved in the war. This designation remained even when Eisenhower took over the planning.

“The maps and documents of BIGOT were produced in isolated cocoons of secrecy. One was hidden in the Selfridges department store in London; BIGOT employees entered and left Selfridges through a back door, many of them only knowing that they were providing bits of information that somehow contributed to the war effort. Others with BIGOT clearance worked for Allied personnel, scattered across London and southern England. The BIGOT project was so limited that when King George visited a command ship and asked what was behind a curtained-off compartment, he was politely refused because, as one sentry officer later said, “No one had told me he was a Bigot”… 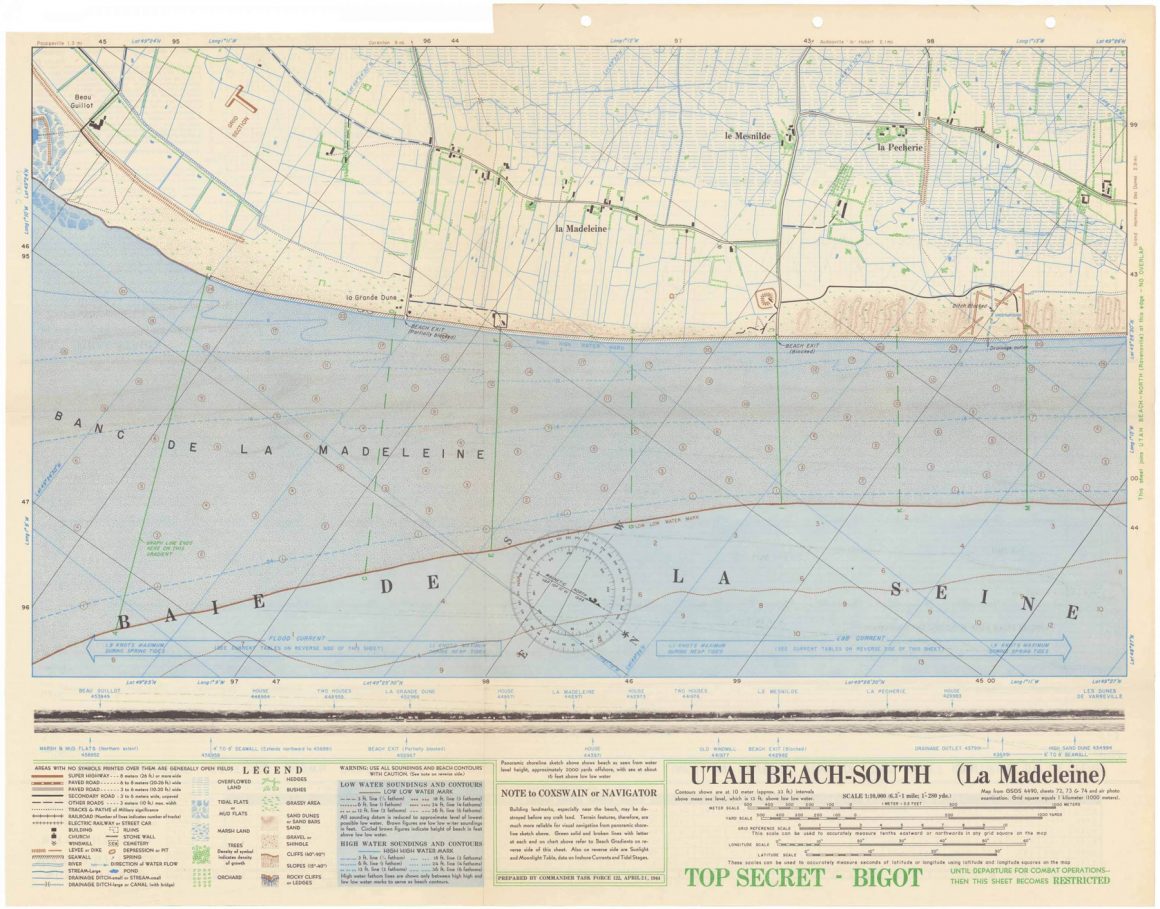 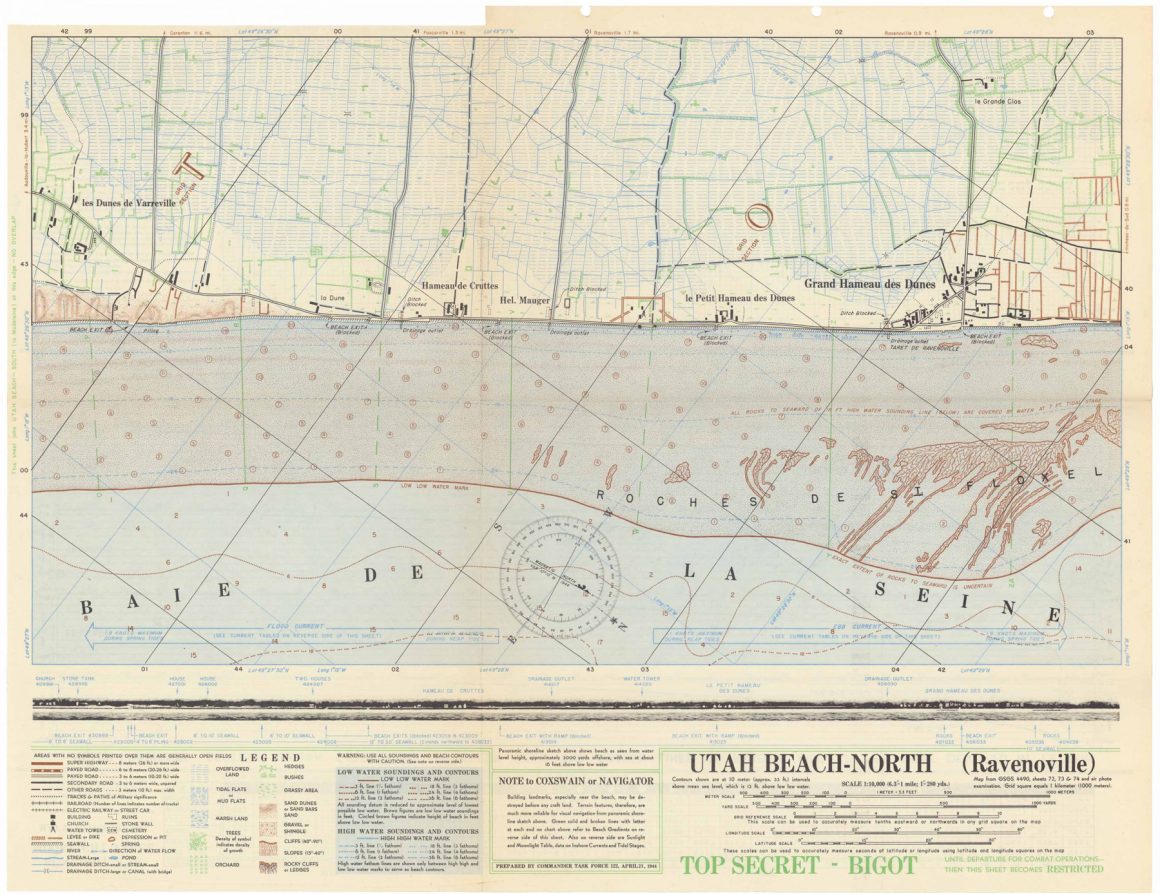 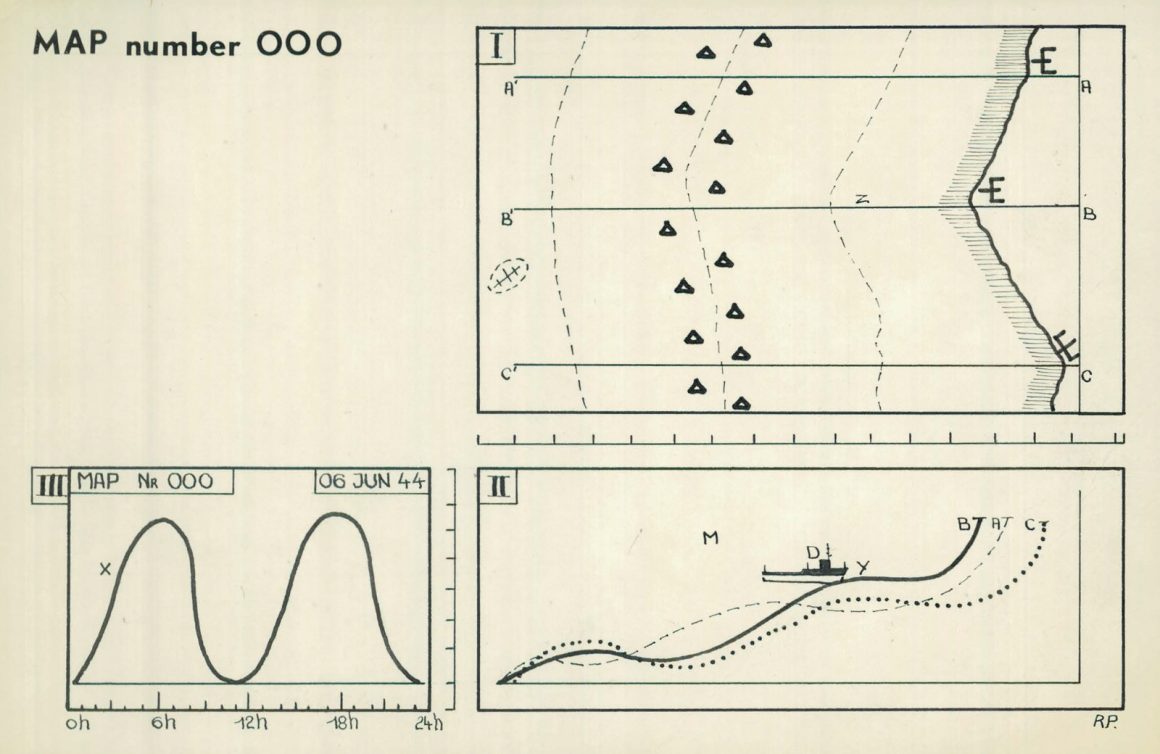 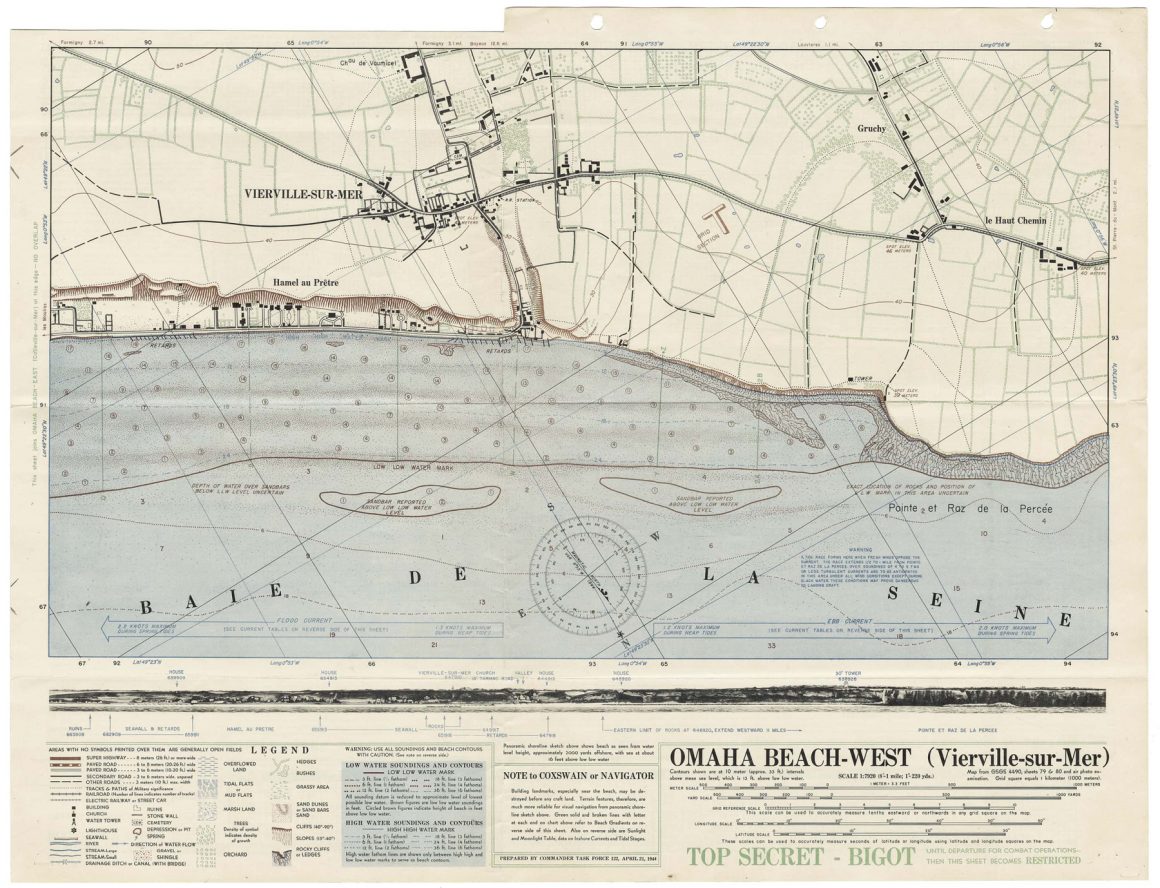 Van Kuyck explained his tasks, for the BIGOT, in a lecture in 1948:

"...The absolute first requirement for any soldier is his map. The landing operations required special maps, showing a part of the land, a part of the sea, and more particularly the part of the beach concerned. The tides on the Normandy coast are very strong: on D-Day the difference between low and high tide was six metres (about 23 feet). The level of the tide relative to the hour had to be mapped from day to day, in order to plan exact unloading schedules weeks in advance..."

As a corollary to this work, he also provided advice at the design stage on the seaworthiness of the ‘Ducks’ landing craft that would ensure the success of the operation. His preparatory work was also invaluable in the construction of the artificial harbours of Arromanches and Omaha Beach. On 6 June, he was one of the few Belgians to disembark on Omaha Beach with the Beach Survey Party. His task during the 7th attack wave was to estimate the carrying capacity of the beach, so that heavy equipment could reach the mainland easily. Major Van Kuyck was then transferred to the Engineer Technical Intelligence Team to prepare the American landings in the Pacific. 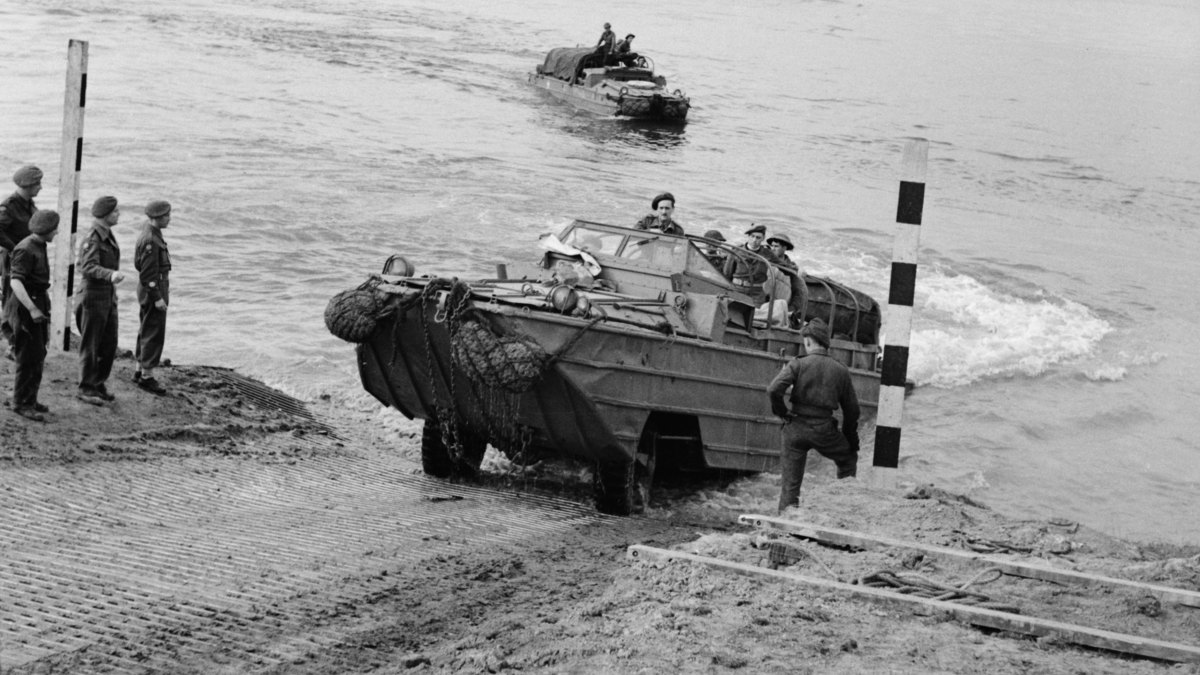 The British army crosses the Rhine River in Germany with a 'Ducks' landing craft, 1945.

This discreet Belgian hero died in 1975 and left his archive to the then Centre for Research and Historical Studies of the Second World War (now Ceges) and to the City of Antwerp and the Antwerp Maritime Museum. Van Kuyck never passed judgement on the way the D-Day landings took place, he explains. His only judgment was that something like this should never happen again. He was terrified of the horror of war.

After D-Day and its aftermath, the Belgian officer – demobilised with the rank of lieutenant colonel – again advised the victorious armies on Walcheren, in Burma and on Okinawa. But the return to Belgium was a cold shower: “Because he had not answered the call of the Belgian government in London, because he had already left for the United States, he was tried for desertion! The American General Armstrong had to submit a file to prove to the court martial that he had served the common cause.

The Belgian army “forgave” him by appointing him honorary sergeant, then reserve corps captain.

On his return, he resumed his profession as an architect and built the Alcatel buildings in Antwerp. He also revived his old passion and designed a boat, the Askoy II, which was brought to the Marquesas by a certain Jacques Brel in the 1970s. Hugo Van Kuyck died, completely forgotten, in 1975. 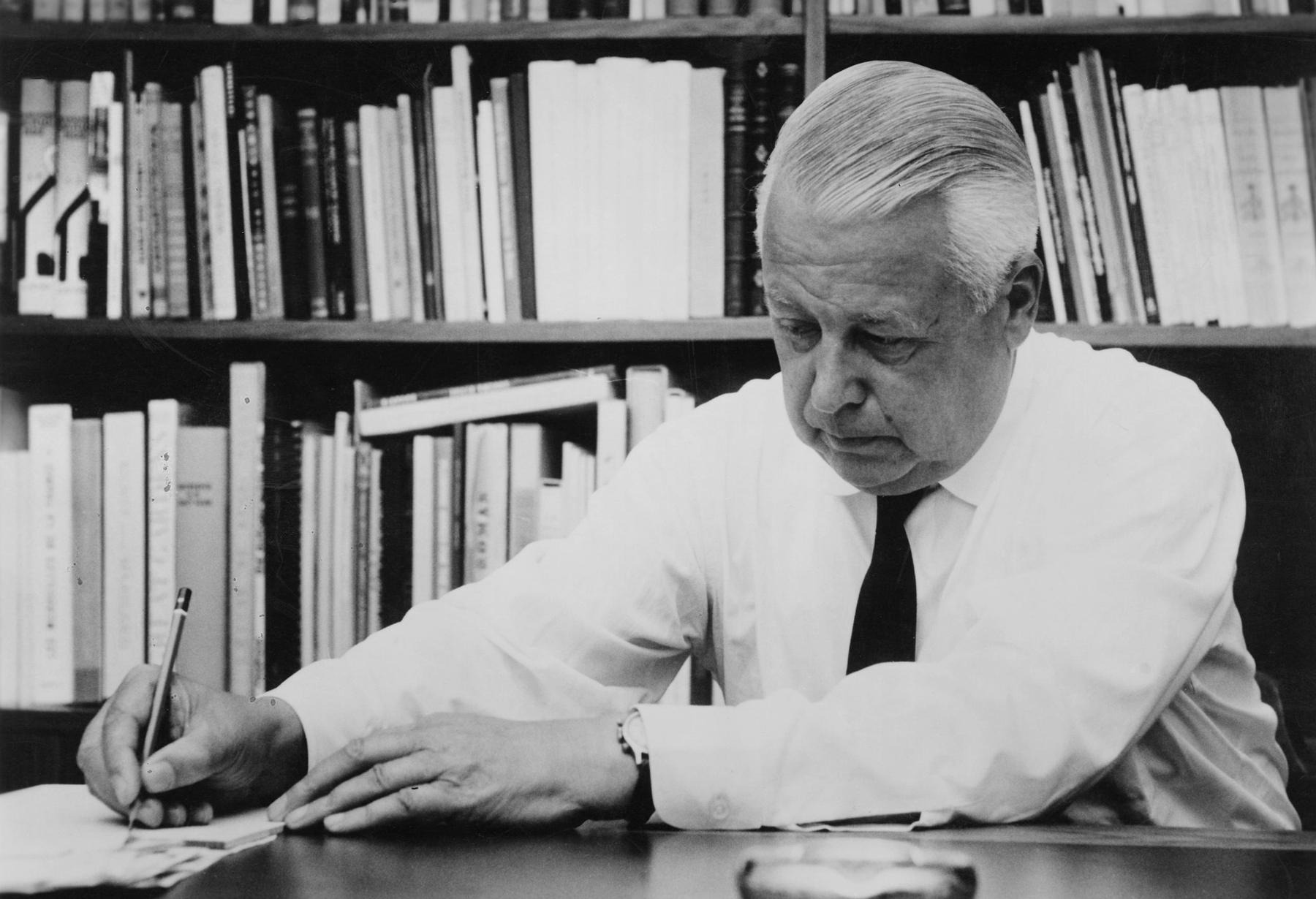 Hugo van Kuyck in his architect's office after the war.