Richard Winters of Easy Company took part in the invasion of Normandy. Later he fought in Operation Market Garden and the Battle of the Bulge. 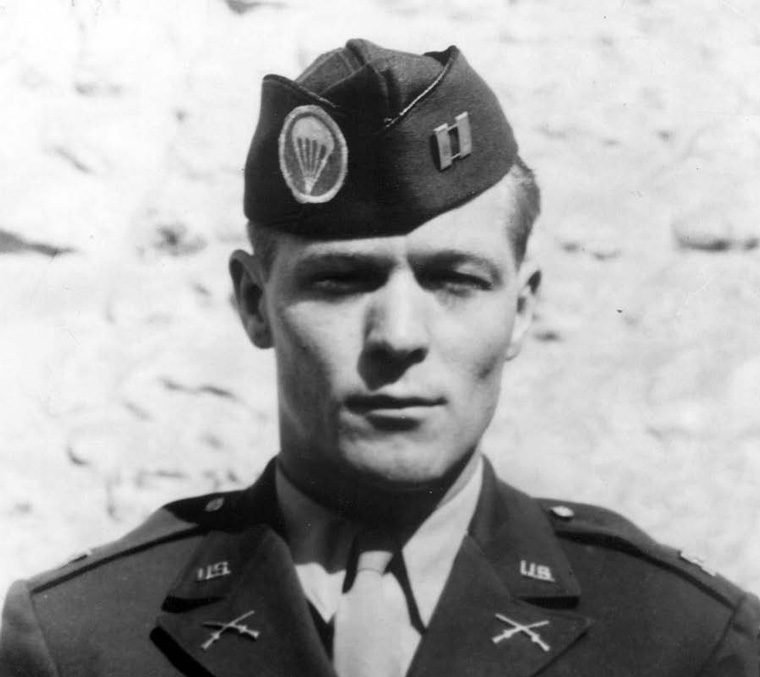 Richard Winters was an American soldier. During World War II, he was an officer in Easy Company of the 506th Parachute Infantry Regiment, 101st Airborne, described in the book Band of Brothers and the television series Band of Brothers.

Before the Second World War

Winters grew up in the region of his birthplace. He was educated at Franklin and Marshall College and graduated in 1941. 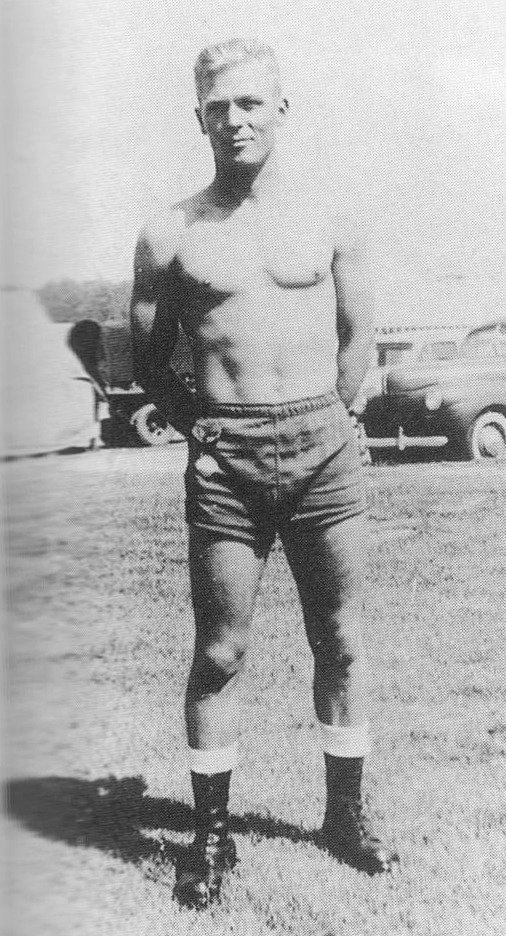 Winters joined Easy Company at Camp Toccoa in the state of Georgia as a second lieutenant after completing his 3-month officer training at Fort Benning. Initially Winters had Captain Herbert Sobel as his immediate superior, but he was replaced by First Lieutenant Thomas Meehan shortly before D-Day. When Meehan died on D-Day (June 6, 1944) in the crash of the C-47 he was in, Winters was given command of Easy Company. On D-Day Winters led the actions at Manoir de Brécourt, where a battery of German 105mm guns aimed at Utah Beach were rendered harmless. For this reason Winters was nominated by Lieutenant General Robert Sink for the highest American decoration, the Medal of Honor. The Medal of Honor was only awarded to one man per division for the Normandy campaign. In Winters’ division, this honour went to Lieutenant Colonel Robert G. Cole, who led a bayonet charge. Richard Winters received the Distinguished Service Cross, the second highest decoration in the American Army.

Prior to Operation Market Garden, Winters was promoted to the rank of captain. One of Winters most memorable actions in the Netherlands was the successful attack with about twenty paratroopers on two German Volksgrenadiers companies (about 175 soldiers) in the area of the great rivers (“The Island”). Due to his efforts in the Battle of the Bulge in which he and his battalion fought in the Bastogne pocket at Noville and Foy, Winters was promoted to Major. Winters eventually became a battalion commander and returned to the US in late 1946.

After the Second World War

After the war ended Winters worked for some time for the family business of his close war buddy Lewis Nixon. In the run-up to the Korean War, Winters was called up as an experienced officer to play a role in that war for the US. But before he was deployed, he was given the opportunity to give up this role; Winters had had enough of war.

In 1992, the story of the E Company was written down in a book by Stephen Ambrose. The book became a bestseller. Tom Hanks and Steven Spielberg made a 10-part TV series out of it. As research for the book he visited the Netherlands, including the Hoeve ‘Schoonderlogt’ in the Betuwe where a famous photograph of him was taken during the action in the Betuwe (autumn 1944). Finally Richard Winters retired to his farm in the state of Pennsylvania. 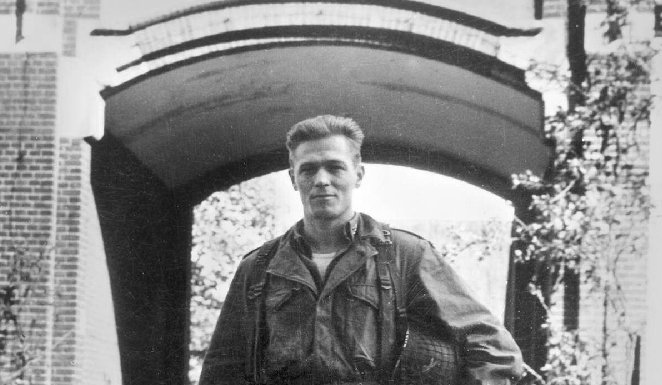 In early 2006, a memo appeared from Dick Winters’ family that he was “withdrawing from public life” and no longer answering letters or signing books on request. His health was deteriorating and while completing his autobiography rumours of his poor health were growing stronger. On February 28, 2007 Dick Winters received from the mayor of Eindhoven, Alexander Sakkers, the badge of honour of the city of Eindhoven and the certificate that accompanied it.

Richard Winters died of Parkinson’s disease on 2 January 2011 at the age of 92.

Winters was recognised several times with both American and foreign military awards. From France he received the Croix de Guerre, Médaille de la France libérée and from Belgium the War Cross and the Remembrance Medal of the War 1940-1945. Furthermore, in 2001 he was singled out as an exemplary soldier by being awarded both the General Freedom Award of the Four Freedoms Awards and the award in the category Freedom from Fear.

Richard Winters in Band of Brothers

Band of Brothers is considered one of the best film adaptations of World War II. The series focuses on the preparations and actions of Easy Company during their campaign in Europe. 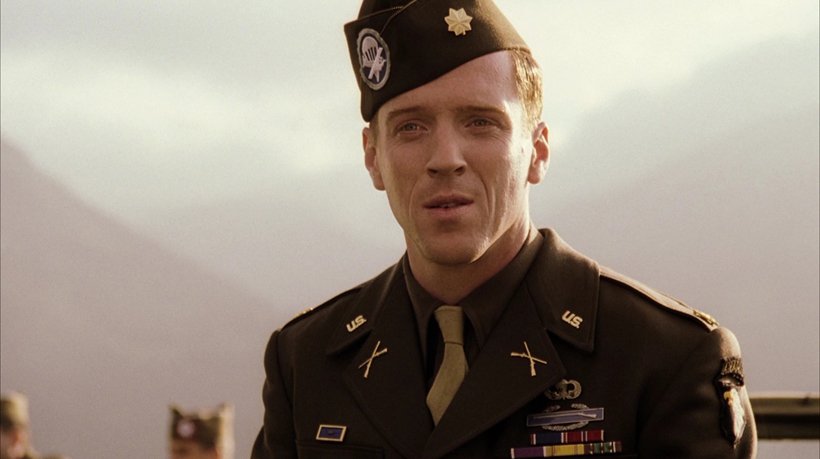 Damian Lewis in the role of Richard Winters.

The role of Richard Winters during this campaign is played by actor Damian Lewis. Winters’ qualities as a leader and role model are portrayed in an intense and realistic manner throughout the 10 episodes.