Frogmen of the LCOCU come out of the water after completing their task during an exercise.
Publication date
02 January 2019
Share this page
Related tags
AppledoreClearingdiversduikersEersteFirstFrogmenLCOCUObstaclesObstakelsOnderOpruimenunder
Print page
Save as bookmark

In the case of the British (Sword and Gold Beach) and Canadian (Juno Beach) sectors, the official name of these Frogmen Landing Craft was Obstacle Clearance Units (LCOCUs). Pronounced ‘lock-yews’.

In the case of the American (Omaha and Utah Beach) sector, the equivalent of the LCOCUs was the US Naval Combat Demolition Units (NCDUs). However, these were not equipped to swim or dive as they assumed that most obstacles would be above water at low tide anyway.

The Germans, defending the coast in Normandy under Erwin Rommel, were determined to keep the enemy landing craft off the beach itself. But through reconnaissance flights, local sources and the heroic Combined Operations Assault Pilotage Parties, who approached the beach from submarines in small rubber boats to take samples of the terrain, the Allies had enough information to prepare themselves.

The defence of most beaches in the Atlantic Wall often consisted of multiple layers which were largely submerged at high tide and therefore invisible to approaching ships. The first layers of obstacles in particular were often lined with mines. 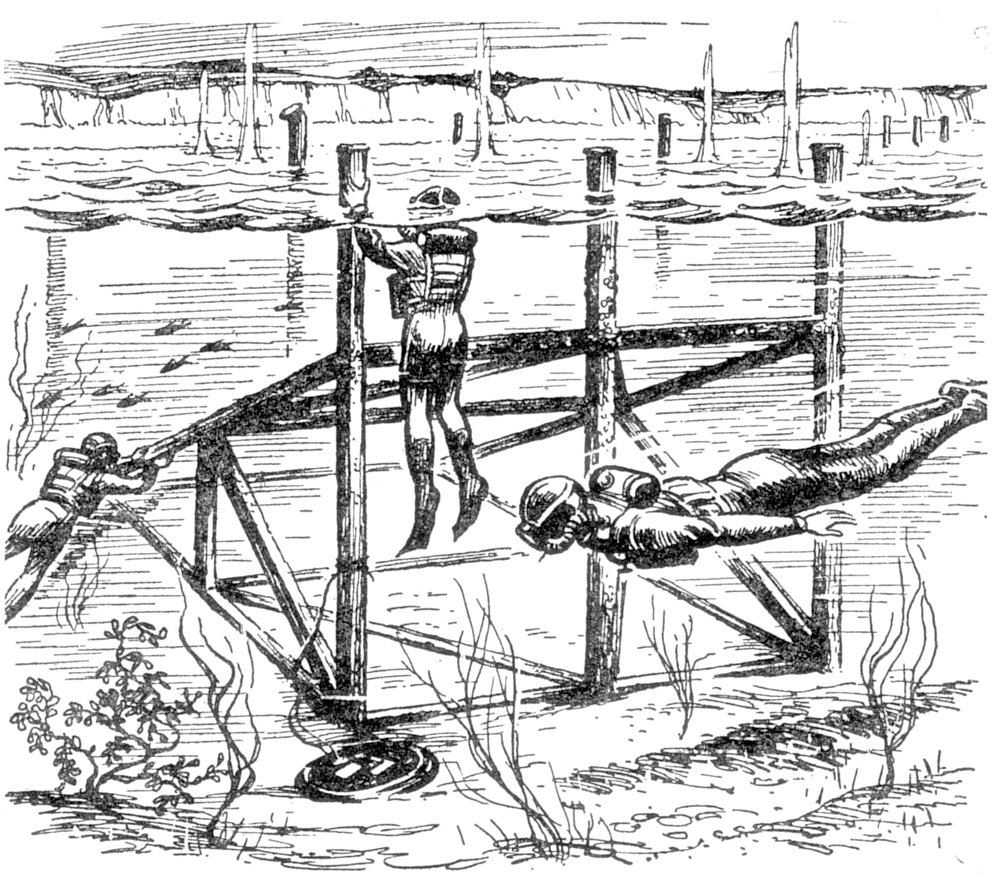 Depiction of how Frogmen planted an element C or Belgian gate with explosives to eliminate it.

Training of the Frogmen

The officers and soldiers were selected for the job from both the Royal Navy and the Royal Marines. The LCOCUs (or Frogmen) were stationed at HMS Appledore on the North Devon coast, a base primarily used for experimental warfare. This location was also used as a base for amphibious vehicles. Recruitment of the Frogmen began in January 1944. 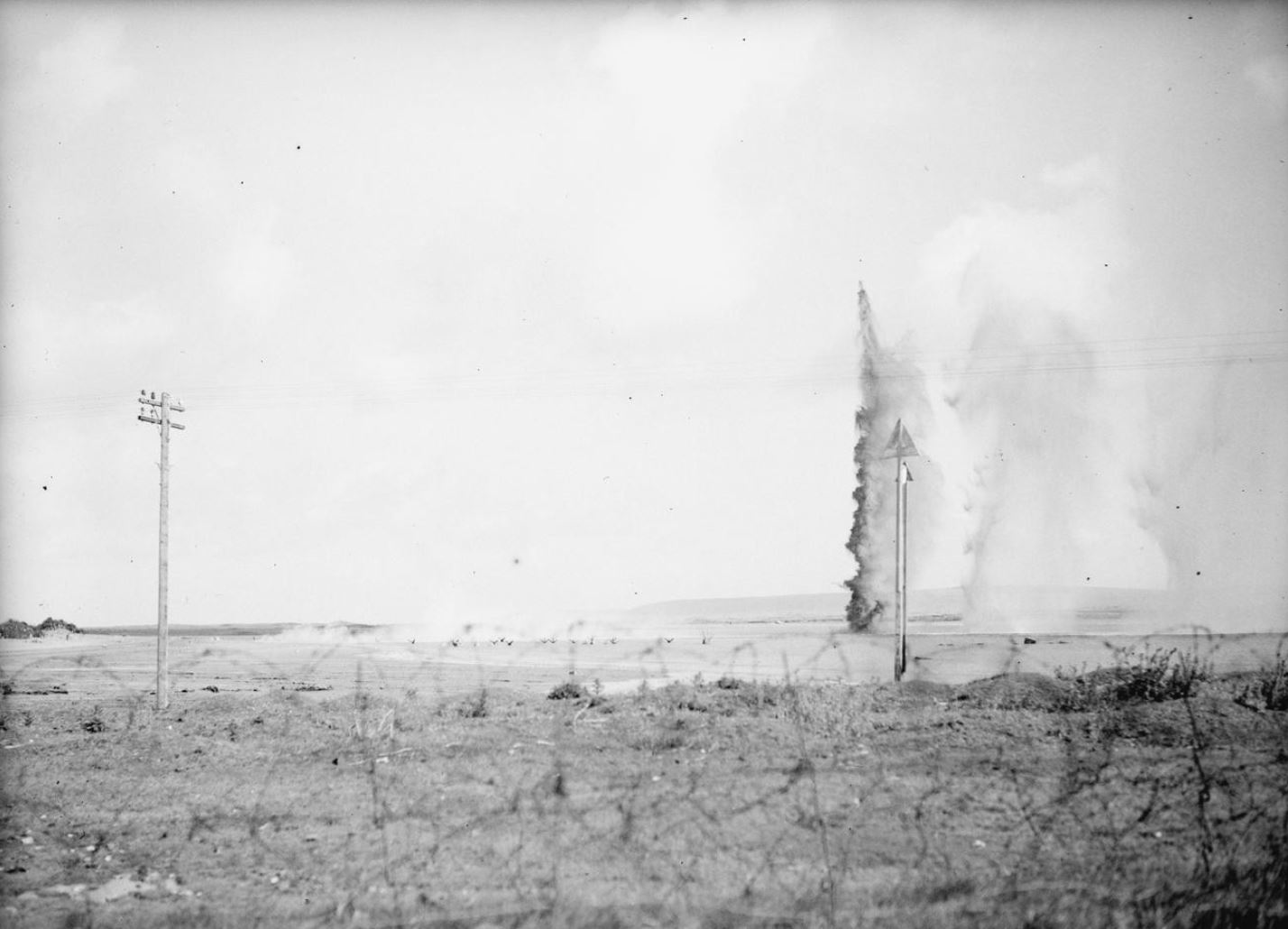 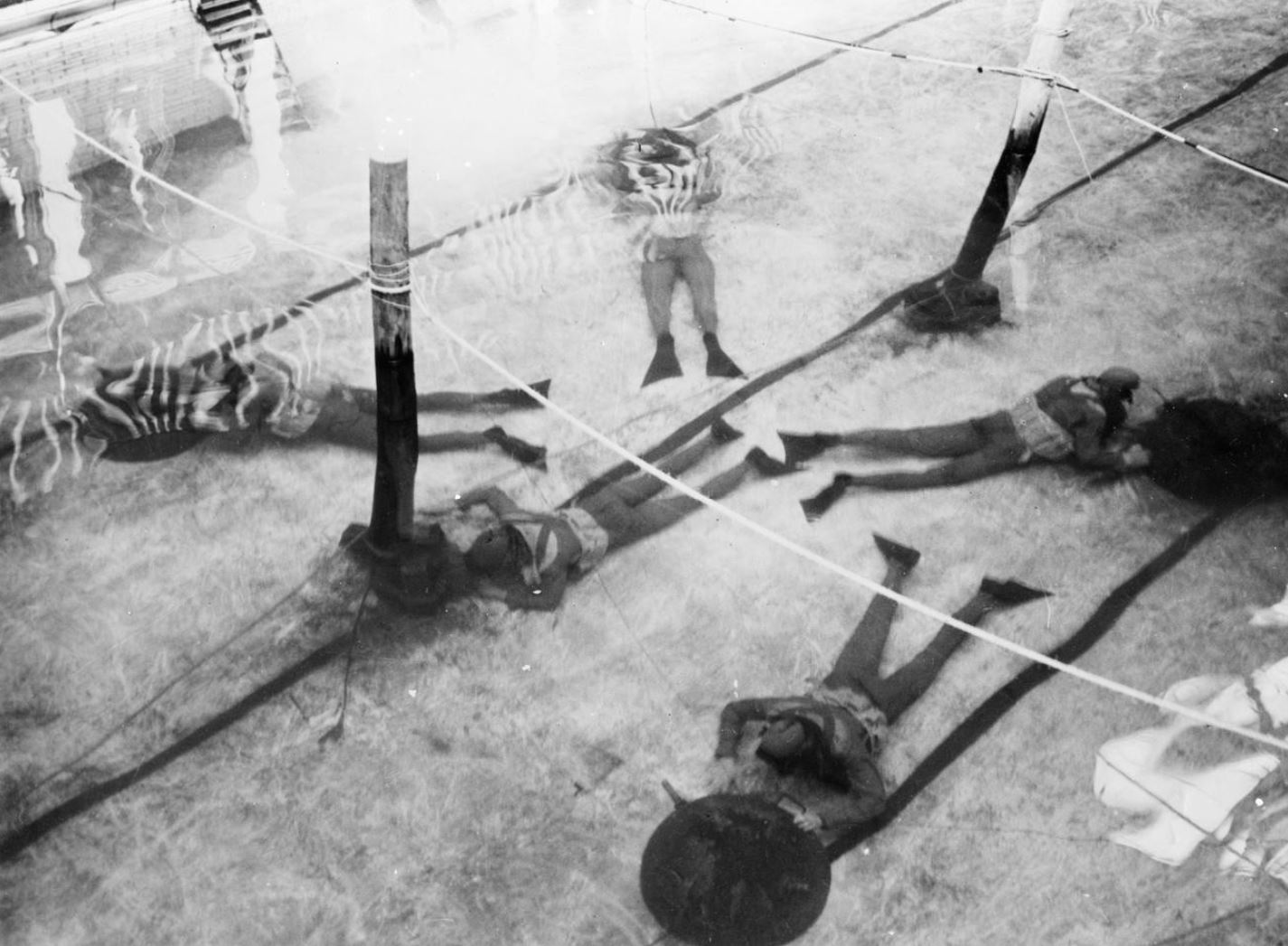 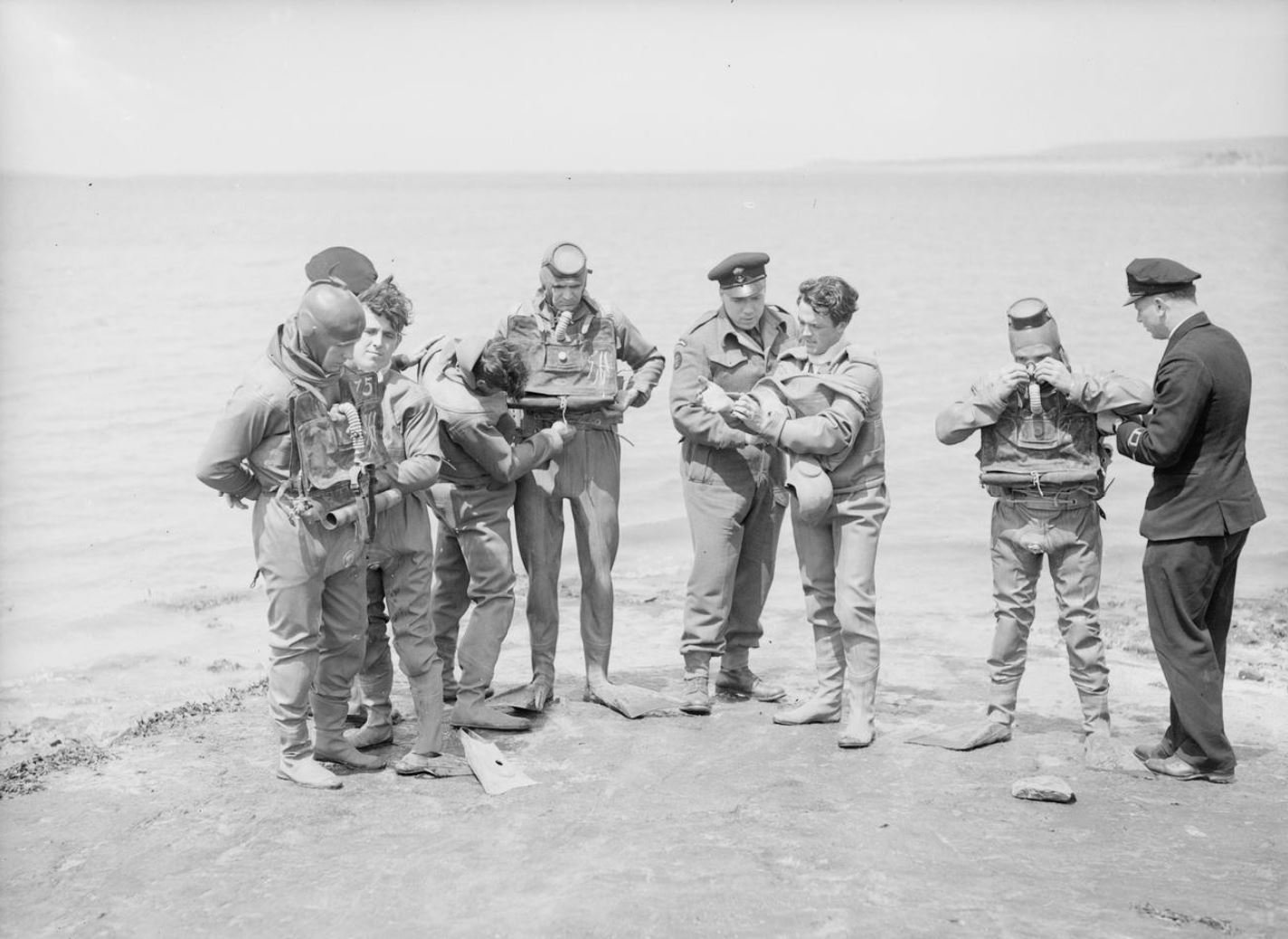 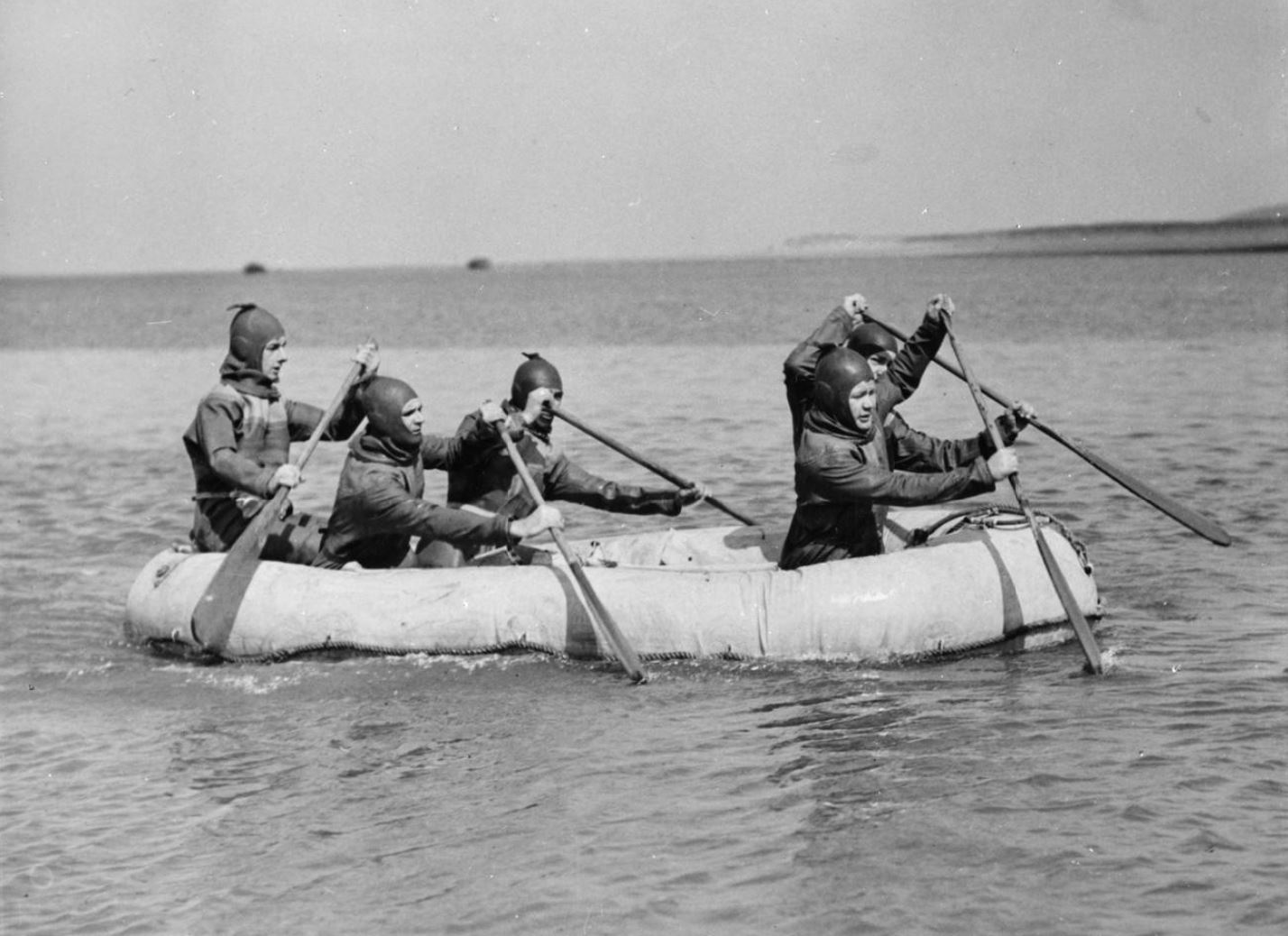 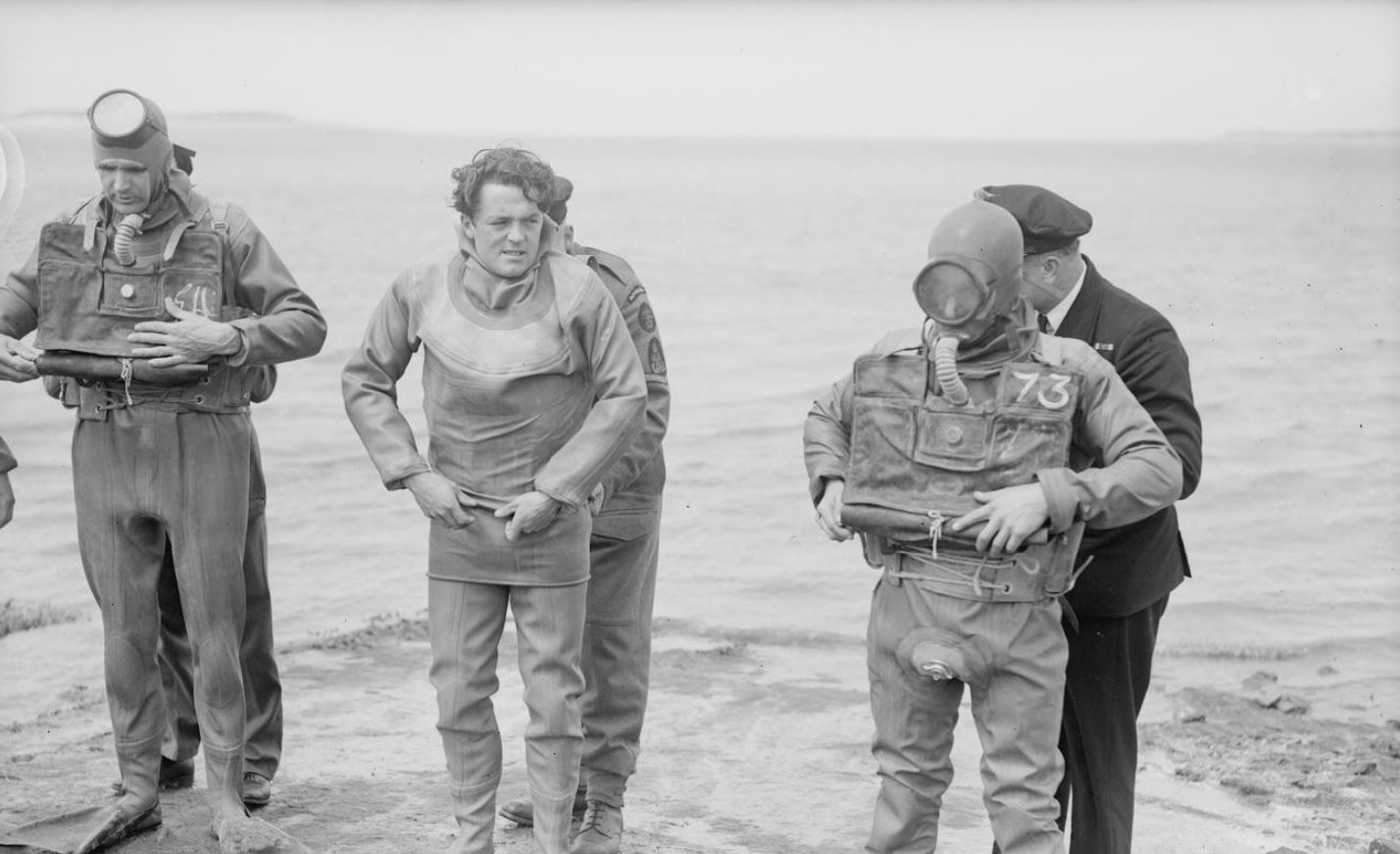 The officer in charge during these training sessions was Lieutenant Davis, who had previously been part of the Boom Defence Commandos. He was assisted by Petty Officer Reid, a boatman in the Navy. Together, they supervised more than 20,000 dives during the training courses.

Rubber diving suits were provided in advance for use during the exercises. A type C or type D headgear, fitted with a valve on the top, was also used. The fins were based on previous ones used by Italian divers during human torpedo attacks in Gibraltar, Alexandria and Malta. 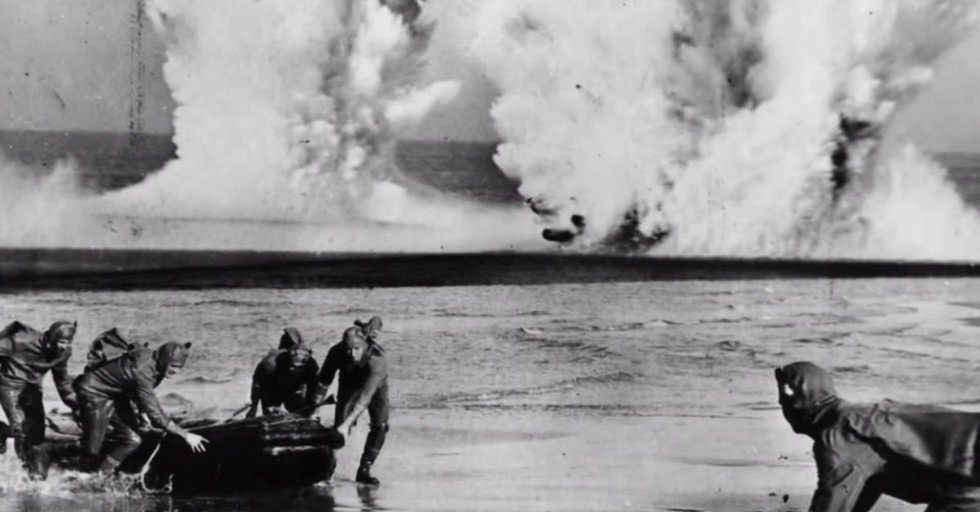 An additional part of the Frogmen’s equipment was a kapok-lined undersuit to protect them from underwater explosions. Lieutenant Robbie Robinson owes his life to such an undersuit. He had already had experience in clearing obstacles under water during the attack on Dieppe in 1942. During D-day he survived an explosion of a German projectile that landed right next to him. A sapper of the Royal Engineers, who was further away from this explosion and who was not wearing an undersuit, died instantly.

On D-Day, four Royal Navy and six Royal Marine LCOCUs, each consisting of one officer and eleven men, were deployed from their LCAs (Landing Craft Assault) at H-Hour.

LCOCUs 3, 4, 9 and 10 were assigned to Gold Beach, 7 and 8 to Sword Beach, and 1, 5, 11 and 12 to Juno Beach. Using inflatable boats, the Forgmen had to clear obstacles between 1.4 and 3 metres deep while the Royal Engineers had to clear the road in the shallow parts and on the beach itself.

Despite coming under constant fire from artillery and mortars, the LCOCUs managed to clear wide passages through the various obstacles before assisting the Royals Engineers with their tasks. By the end of the day, they had cleared approximately 2500 obstacles. Allister Austin (LCOCU 3) was killed and some of the divers were badly injured. 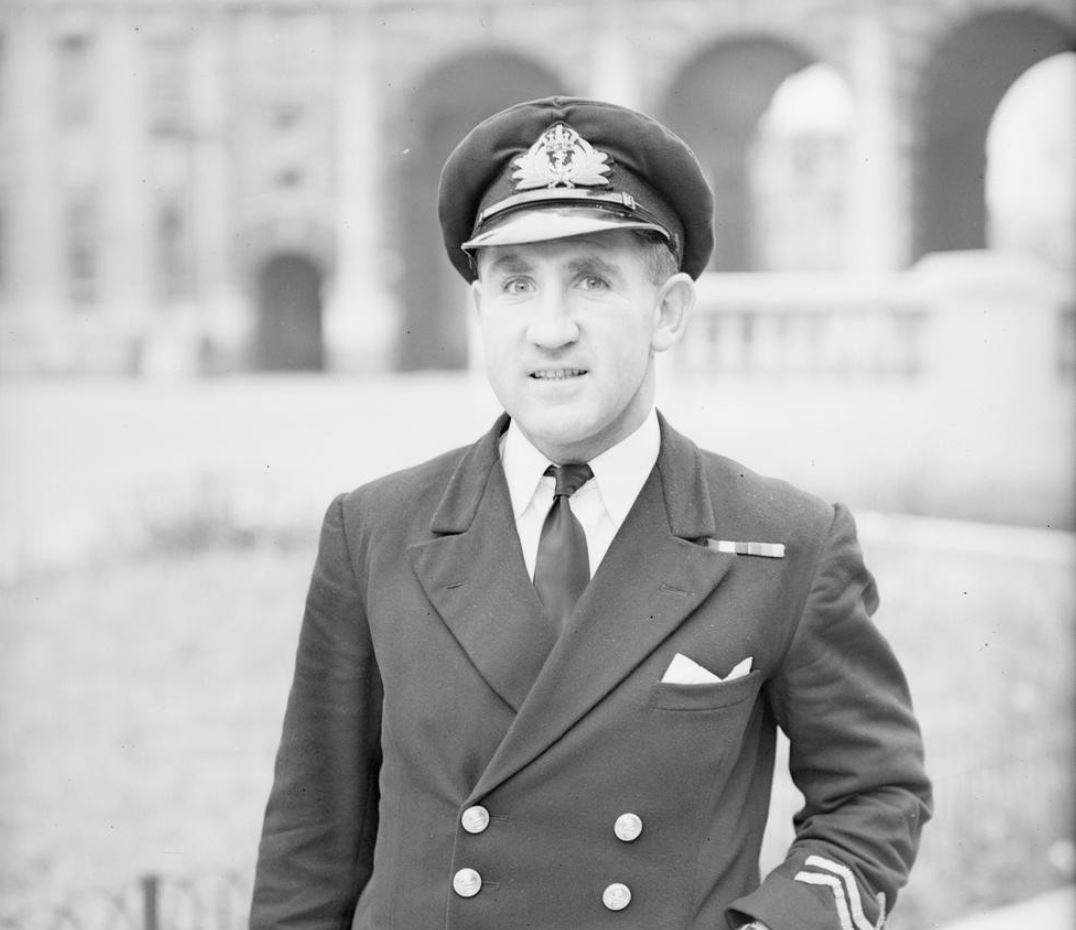