The Merville battery, which overlooked Sword Beach and included four 150 mm guns, was a major threat to the Allied landings in the Sword sector.

The battery, which overlooked Sword Beach and included four 150 mm guns, was a major threat to the Allied landings in the Sword sector. The elimination of the Merville battery was therefore one of the first objectives on D-Day. On the night before the landing on the beaches on June 6, Lieutenant Colonel Terence Otway was dropped with 750 men with the objective of taking the battery out of action. For the Merville battery was a serious threat to the left flank of the British troops, who would land on Sword Beach.

All these achievements were surpassed by a feat of a different kind: The storming of the Merville battery. The 15-cm guns of Merville were placed in concrete bunkers with two-metre walls and three and a half metres of sand on top. The exits were protected by thick steel doors. The perimeter fence, which consisted of barbed wire fences four and a half metres wide and one and a half metres high, enclosed an area of about 400 square metres, defended by 130 men. Twenty machine gun positions covered the roads through the minefields leading to the bunkers and there would be nowhere for an attacker to find cover. At least one 20-mm gun completed the armament of a battery which threatened the left flank of the troops landing from the sea at fairly close range. It was therefore imperative that the Merville guns should be destroyed as soon as possible. 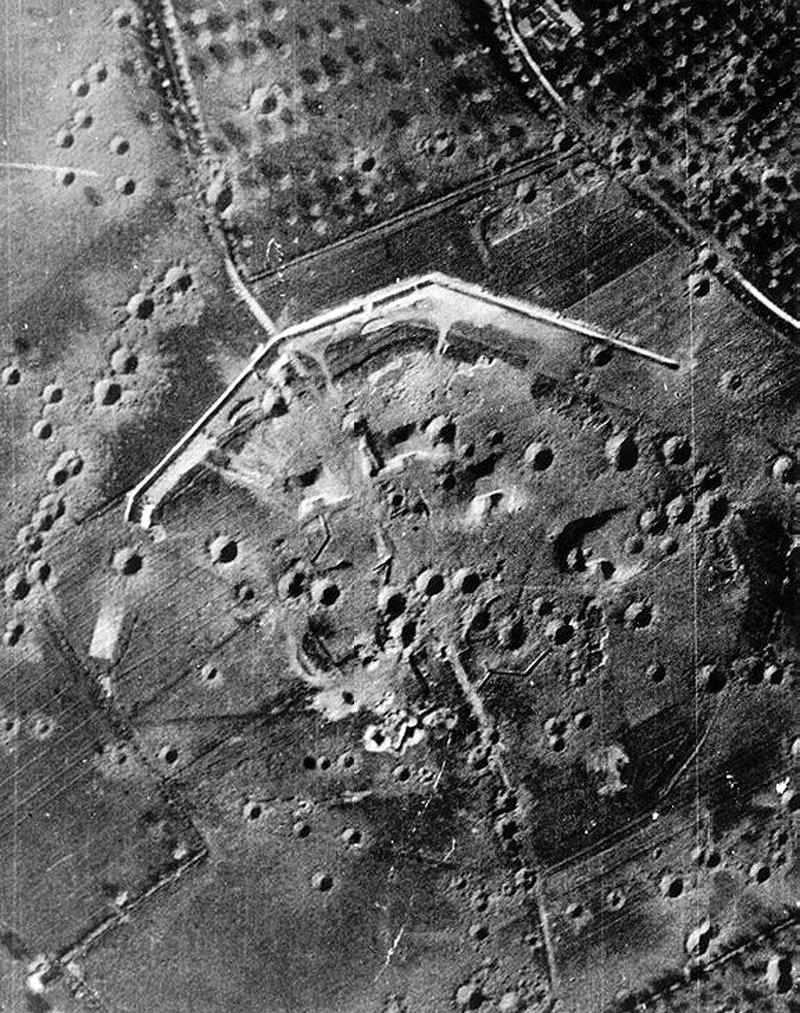 Map of the Merville Battery after the preliminary bombing.

Full hits from heavy bombs had not reached the casemates and the gunfire from the warships could only put the Merville Battery out of action if a direct hit landed on one of the barrels, or if by some chance shells penetrated through the loopholes; this was likely to happen, but it was not to be expected.

1000 Lancasters, which dropped a load of 1000 kg bombs shortly after midnight, failed to hit the targets; they killed some cows and made some deep craters which might later prove useful to the attackers. 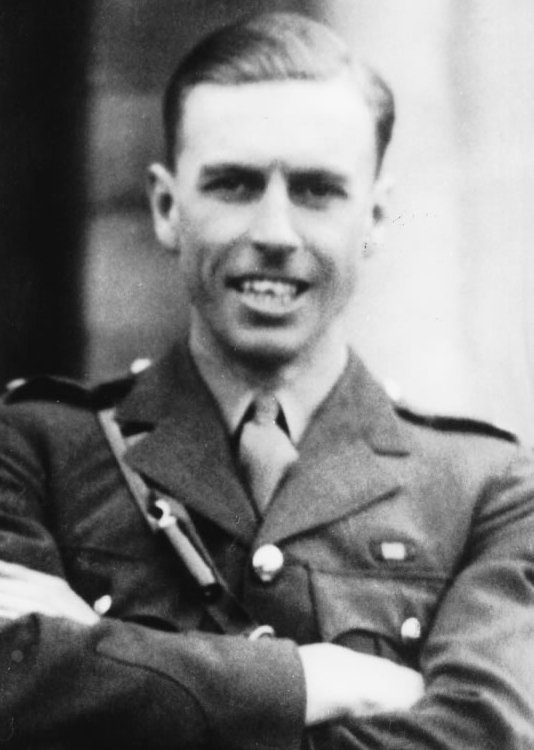 During the last four or five minutes of the flight from England to France, the pilots were forced to make evasive manoeuvres because of the anti-aircraft fire, with the result that the battalion commander of the assault force ended up in the garden of a German staff headquarters. The rest of the force came down scattered over an area ten times larger than it should have been. But by 02.50, battalion commander Lieutenant-Colonel Terence Otway had assembled 150 men, a Vickers machine gun, a quantity of signal equipment barely sufficient, and also 20 bangalore torpedoes. Jeeps, six-pounders, mortars, mine detectors, all were lost. With his force, which he had divided into groups of 30 men, each with his own task, the commander attacked. The attack began at a few minutes to half past four.

After a fierce hand-to-hand combat, half an hour later a flare went up, signalling that the target had been reached. It had been a battle of vague shadows against a background occasionally lit by the flashes of light from explosions or by the reddish light of flames. One of the casemates had been destroyed by the firing of two shells simultaneously and the other three by bombs. A lieutenant, who was seriously wounded, inspected the destruction and died shortly afterwards. He was one of the 66 British dead. About 30 men were wounded, 20 of them seriously. Not one of the soldiers was older than 21 and for many of them it was their first battle.