The success of Saving Private Ryan

Saving Private Ryan, directed by Steven Spielberg, has already reached its 20th anniversary. Why was this film such a success?

Captain Miller tells Private Ryan about the situation of his three brothers on the bridge, which is defended in the final scenes of the film.
Publication date
16 December 2018
Share this page
Related tags
20 yearsFilmMatt DamonmovieOmaha beachOscarsSaving Private RyanSpielbergTom Hanks
Print page
Save as bookmark

Saving Private Ryan can best be described as a realistic portrayal of daily life and battles during a specific period in the Second World War. And this with respect for the veterans who had to experience this portrayal in real life.

The story, written by Robert Rodat, tells a compassionate mission carried out by Captain Miller (Tom Hanks) and his unit, landed on the beaches of Normandy where they are given the task of rescuing a soldier after General George Marshall is told that the soldier’s three brothers have already been killed. Breaking the news to their mother that all four of her sons will not be coming home must be avoided at all costs.

Miller’s men question the fact that several lives are being risked to save one man, which they see as more of a publicity stunt by the army. However, little can be done against the drive and vision of Miller himself. 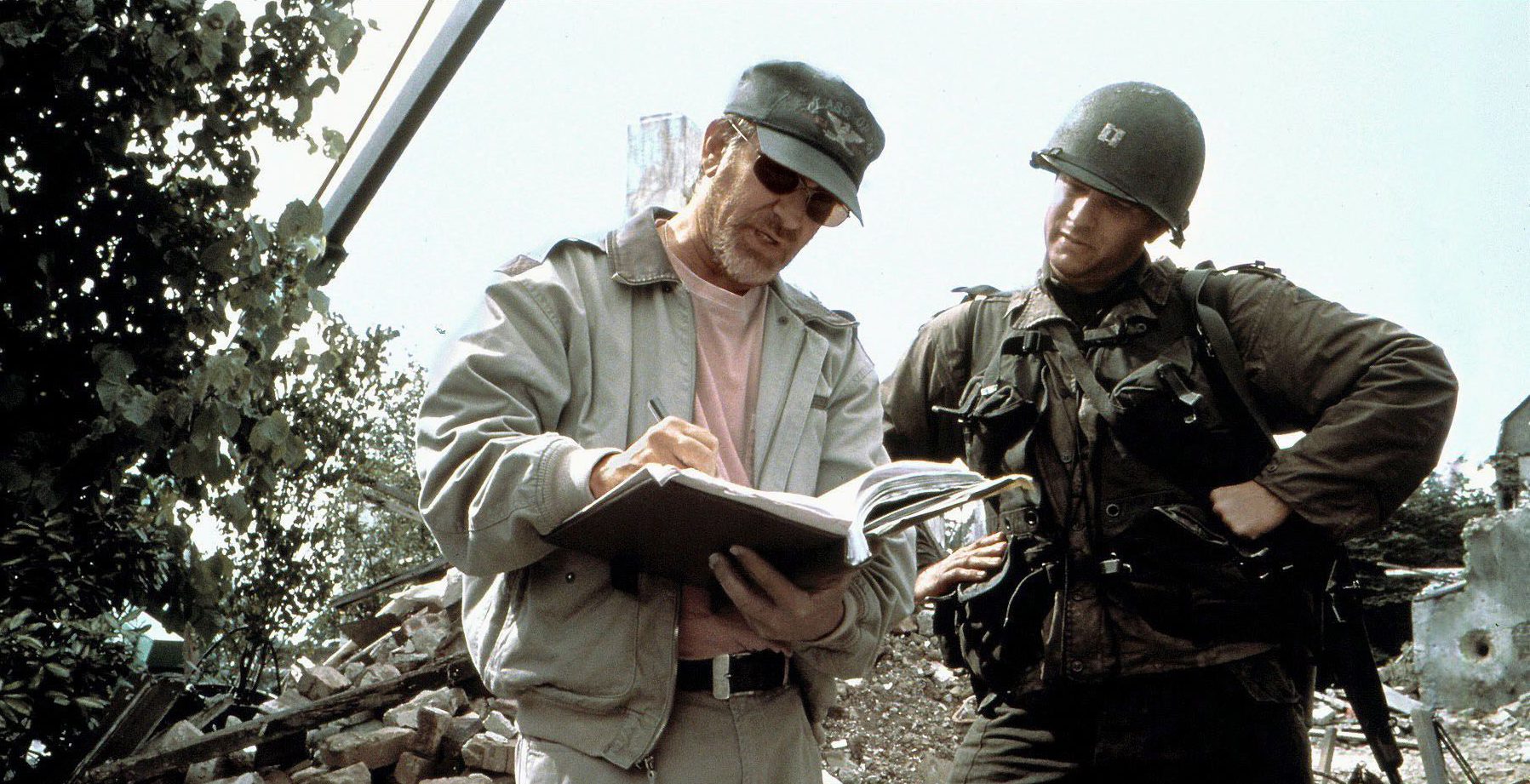 The opening scene of Saving Private Ryan, a reconstruction of the amphibious landings on D-day lasting no less than 27 minutes, is the film’s calling card and has also become a yardstick by which most war films are judged.

Spielberg’s eye for detail, such as the way in which the landing craft approach the coast under the harsh weather conditions, has rarely been equalled. The soldiers look just beneath their helmets as the waves crash against the sides of the boats. Some vomit from seasickness, others nervously clutch their rifles. When the flaps go down and they storm the beach, the bullets flying around them in chaos and the countless bomb impacts are literally deafening to Captain Miller. The blood of dead or wounded soldiers flows through the water while Miller looks around and, in a trance, takes in the horror until he comes to his senses.

The ‘first-person’ effect during the experience of a combat situation has never been so well applied as in Saving Private Ryan. 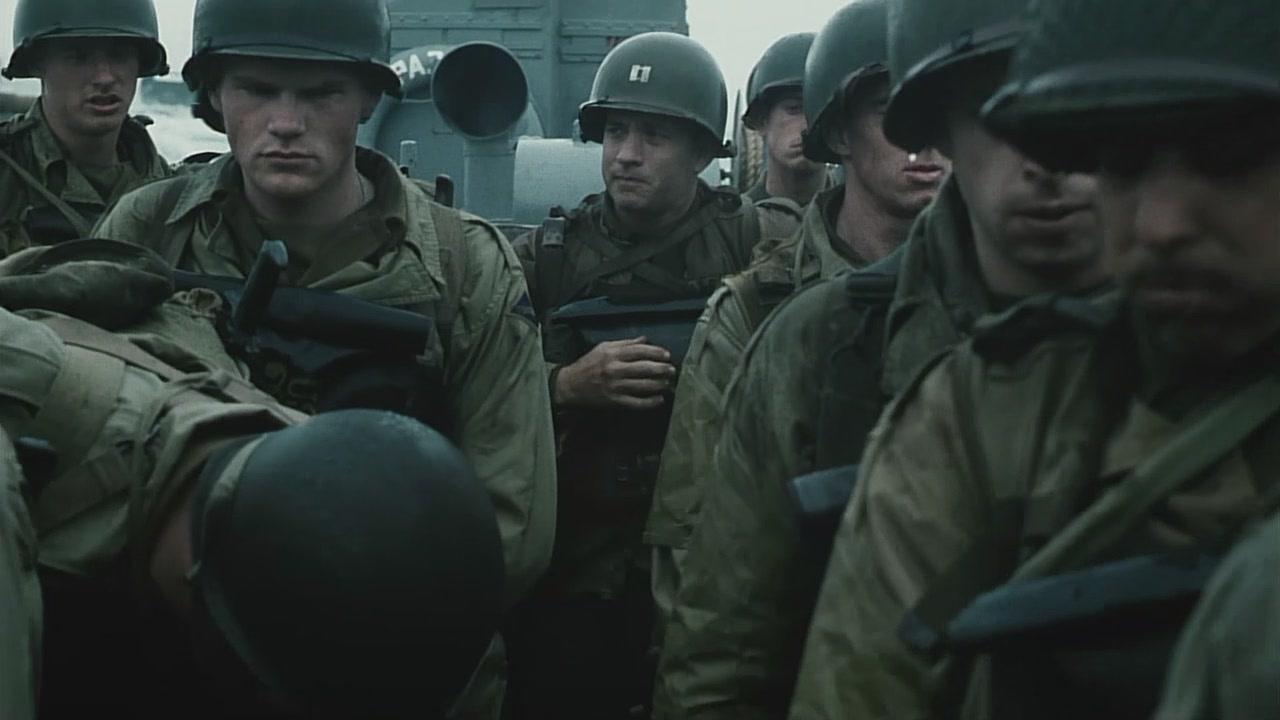 Scene of the landing on Omaha Beach in which the first-person film technique is clearly shown.

The success of the films Black Hawk Down (2001), Flags of Our Fathers, Letters from Iwo Jima, Hacksaw Ridge (2016) and especially Dunkirk is due in part to the innovations that Spielberg applied during the creation of this opening scene. The key to the success of this scene lies in the fact that the temptation to zoom out to a total overview of the battlefield is resisted. In this way, the focus of the human realities on the battlefield always remains close.

Spielberg literally puts the viewer next to Tom Hanks, so that you get a better idea of what actually happened on that day. You feel as if you are really there and that is something you will never be able to experience in the same way in, for example, a documentary. Another important step towards authenticity was made during the casting of the film.

Spielberg deliberately chose actors with a more old-fashioned look. Men like Adam Goldberg, Edwards Burns, Tom Sizemore, Barry Pepper and Giovanni Ribisi. Tom Hanks himself was ideal for a role as a respectful and solid leader. This kind of detail would probably have been overlooked if the director of this film had been a younger person who had not been brought up with the Baby Boomers.

Miller’s search for Private Ryan through the ruins of Normandy could also have been presented in a more adventurous and heroic way if the director had been less sensitive.

With Spielberg as director, the mission in the film is a steadfast but thoughtful journey to the goal as death can lurk behind any corner and there is nothing more important than the task at hand.