As a result of D-day, the Allies had taken a first step towards the liberation of Europe, although the goal had hardly been achieved in any sector.

German prisoners march on Juno beach to be shipped to England.
Share this page
Related tags
24hD-dayfootholdfrontResultSecond
Print page
Save as bookmark

The beginning of the end of the Second World War – that is how this important day in our history is often described. For many, it was one of the longest, most difficult and most important days this war has known. The fate of Europe was determined by the outcome of D-day.

On D-Day itself, the Allies had succeeded in securing a foothold on land within 24 hours. This was of great importance as it was only from this bridgehead that the advance against Nazi Germany could begin. Despite the establishment of this bridgehead, this advance, the Battle of Normandy, itself did not go as smoothly as initially planned. 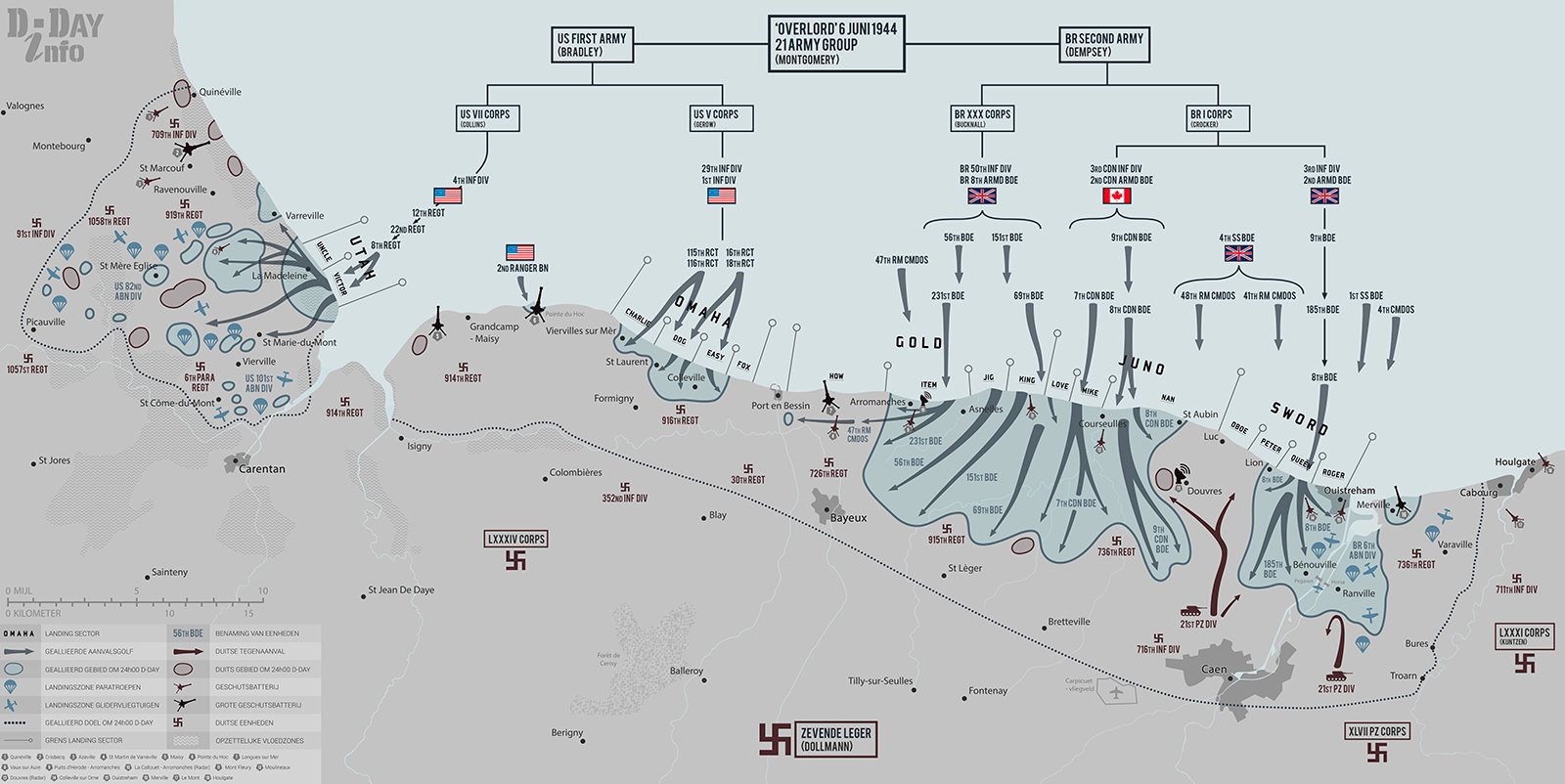 For example, the British aimed to reach the capital, Caen, 24 hours after the landing when, in fact, it was taken on 18 July. The Canadians had made a lot of progress on D-Day as they encountered less resistance but they too were stopped after some time by German Panzer units.

The Americans had a hard time on Omaha beach and almost didn’t succeed in establishing a bridgehead here. The German units here were much better equipped and more experienced, so the Americans were in trouble.

A wounded soldier is treated in the Easy Red sector on Omaha beach.

It also took some time for the airborne troops to get things right, as many paratroopers were mistakenly dropped on the night of June 5-6. Some even took weeks to find their original unit.

The result of D-Day: a second front

The main purpose of D-Day was to open a second front in German-occupied Western Europe. This forced the Germans to give up part of their troops from the East, which had already fought a long battle against the Soviet Union, to defend Western Europe against the Allies who would eventually land in Normandy. 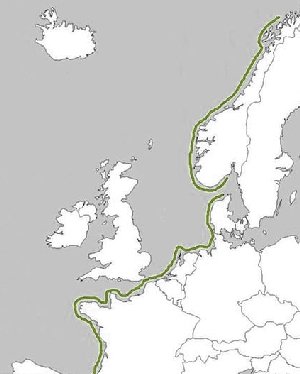 Even in the months before D-Day, the Allies managed to get the Germans to distribute their troops by means of various diversionary plans. This created confusion among the German commanders about where exactly the landings would take place. Because of this uncertainty, they were forced to spread their troops over as large an area as possible, particularly from Norway to the south of France (the Atlantic Wall).

The result of D-day and thus the threat of a second front was that the Soviet Union could more easily make progress against the Germans in the East and finally start the advance towards Berlin.

But the advance of the Soviet Union also had a downside. Should the Allies in the West not take action and choose not to spill blood, the fate of Europe would largely be left to the Soviet Union which could potentially be a problem after the war.

The reaction of the German High Command

It was not until late in the afternoon that the German High Command began to recover from the surprise. The lack of air reconnaissance, the elimination of radar stations and the disruption of communication lines had been the cause of the slow reaction of the Germans. The incoming reports could not be quickly verified and the coordination of information was poor. This uncertainty prevented the large-scale counterattacks that might have driven the Americans and British back into the sea. Besides, for such counterattacks the means were lacking. The First Armoured Corps lay west of the Seine, waiting for what the Fürher would order. 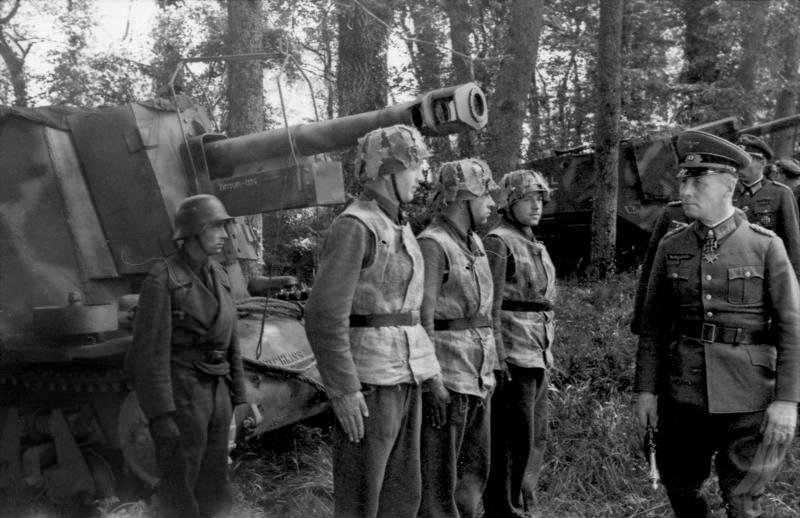 Field Marshal Rommel had been right in what he said about the first 24 hours: they would be decisive. He had made repeated attempts, with the German High Command, to move the Twelfth SS Armoured Division and the Panzerlehr Division to a line running from St.-Lô to Carentan. Had those armoured forces been there, they would have been able to destroy the Omaha bridgehead; had Rommel been there on the critical day, he might have had a chance to rouse Hitler from his slumber and rescue the situation. It was too late, however, when Hitler held his afternoon meeting and released the Twelfth SS Armoured Division. 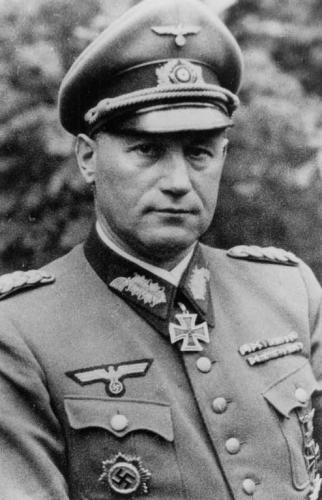 Everything that could have been done against the Allied attacks from the air and sea had been done by the available troops. Feuchtinger, commander of the 21st Armoured Division, the only force available for counter-attack, had reacted quickly to the British airborne assaults on the Orne in accordance with the orders he had received. But a long period of uncertainty followed almost immediately, partly due to broken communications. When the division was finally placed under command of the 84th Army Corps, General Marcks, the corps commander, quite rightly judged that the British 3rd Division was the main threat and that Caen must be strongly defended immediately. But too much time had been lost and he would perhaps have been wiser to have deployed the division against the airborne bridgehead. Had he done so, the large force, led by gliders, would have received a warm reception.

The result of D-day?

The outcome of D-Day was thus determined by numerous events and decisions that took place during the planning and the day itself. If the Western Allies had not succeeded in gaining a foothold and eventually opening up a second front in Western Europe, the world would probably look a different place today. Could Nazi Germany have won the war then? More than likely not but instead it could have made compromises with the Western powers and the Soviet Union.