The Soviet Union asks the Allied Powers to open a second front in the West to relieve the pressure of the Germans in the East. 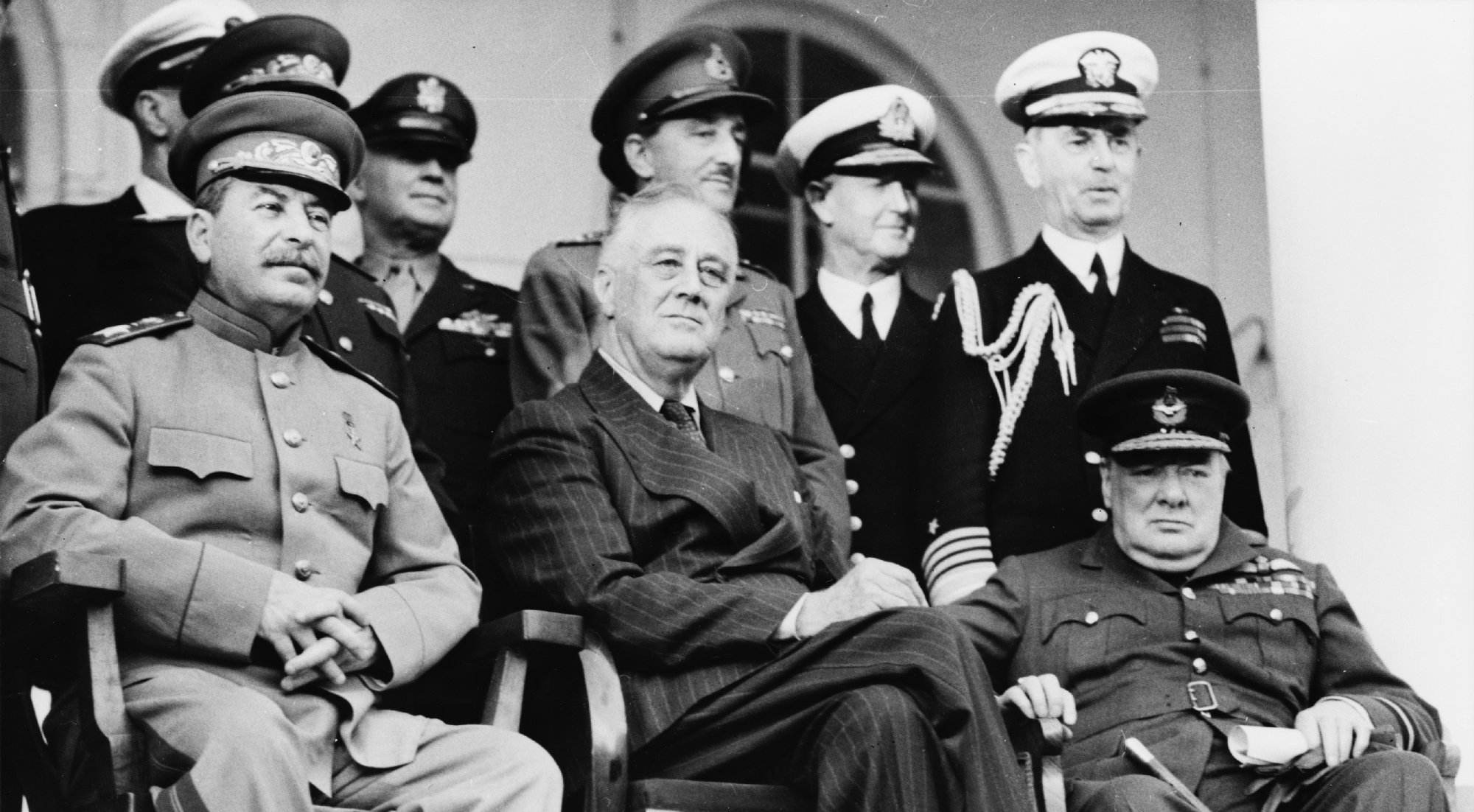 Since Germany’s attack on the Soviet Union in 1941 (Operation Barbarossa), the Russians had had to withstand the pressure of Nazi Germany throughout Eastern Europe almost single-handedly. To relieve the enormous pressure on the Soviet Union, American President Franklin Roosevelt and British Prime Minister Winston Churchill had promised, on behalf of the United States and the United Kingdom, to open a second front in Western Europe. However, there were practical problems due to the shortage of equipment. Britain was not sufficiently equipped to carry out such a large-scale invasion in the year 1942, and the US did not have the resources to supply enough material at short notice, although it knew that a second front was necessary.

To overcome these problems, a summit in Washington D.C. (1941) decided to launch Operation Bolero. The purpose of this Operation was to transport all necessary materials for a massive attack on Western Europe. In the North Atlantic, even material transport had become a life-threatening operation.

Germany’s U-boat fleet lurked there and there was a great lack of cargo space. On the other side of the world, the US also had to fight its war in the Pacific. As a result, much of the equipment produced by the United States stood idle in storage. Without a new major battlefield, Allied production superiority could not reach its destination, or at least not sufficiently.

The Americans and British had their own opinion about this in 1941. The Americans, led by Dwight D. Eisenhower proposed a direct attack on the beaches of Calais and Dieppe (Operation Roundup) and a smaller landing in the Cherbourg area called Operation Sledgehammer. While the British preferred an attack on North Africa to cut Rommel off, put pressure on the Vichy regime and from there advance through the weakly defended south of Europe.

Disagreement on the second front

The three major powers were anything but united. The British feared that the Americans and Russians underestimated the difficulties of leading this amphibious operation to success. Admiral Ramsay wrote in the summer of 1942:

” The matter is in serious trouble at a high level because the Americans want to do something quickly, without knowing what the options are. As a result, they have no insight whatsoever, and that has become clear. However, after a lot of back and forth, I think they are starting to see it. “

The Americans were not at all convinced of the British intentions, but they did see that the British wanted to do everything possible to defeat the enemy and preserve their Empire. Their sentiments were echoed by General Albert C. Wedemeyer, a member of the Operations Section:

” The British are masters of negotiation and particularly adept at using expressions that are ambiguous. When it comes to matters of state, they have rubber consciences. To evade the truth for King and Country is justified for the conscience of these gentlemen what I observed was British cunning at its best, an art developed through centuries of international intrigue, flattery and gentle coercion. “

The Soviets were aware that the Western Allies wanted to wait as long as possible before opening a second front, so that the Red Army could do the dirty work. They did not shy away from the British argument that an amphibious assault would result in disaster. Vyacheslav Molotov’s numerous attempts to make the US and the UK understand the need for a second front had some success. Partly due to the pressure of public opinion that prevailed in the UK.

Meanwhile, the Russians, who had been exerting heavy pressure on the Germans in February, March and April, had crossed the Dnieper and Bug rivers, and on April 8, when Montgomery was in the middle of his staff discussions of the D-Day plans, Tolbukhin opened his attack on the defences of ‘the Perekop isthmus and began the magnificent recapture of the Crimean peninsula. Around that time the Russians were informed of the Allied plans and of the ‘target date’ of D-Day. They would make their own great summer offensive coincide with that of the Western Allies. By the middle of May the great battle in Italy was also drawing to a close.